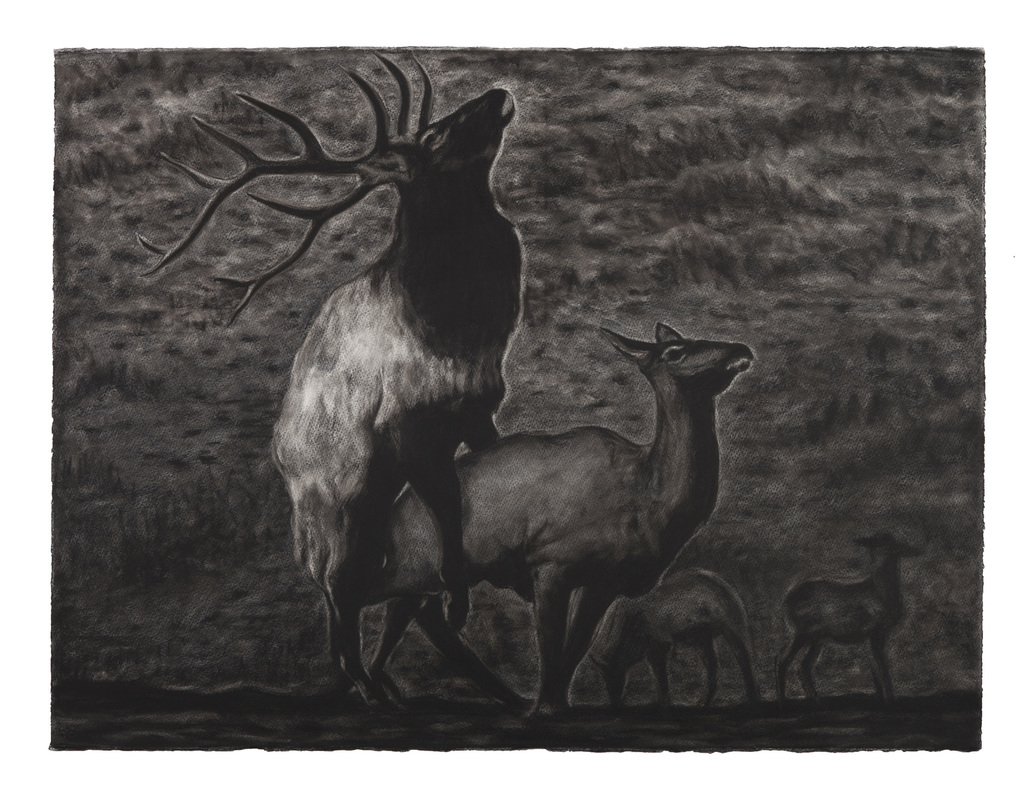 IN THE MOUTH OF THE BEAST

“At the basis of the whole modern view of the world lies the illusion that the so-called laws of nature are the explanations of natural phenomena. So people stop short at natural laws as at something unassailable, as did the ancients at God and Fate… We make to ourselves pictures of facts.”

​The act of making a picture has always been an act of transgression, pouring a thought once private into the public realm. But what is transgression? What is the point at which ‘going beyond’ becomes the pornographic, the voyeuristic, the iconoclastic? Do these terms have any currency now?

These images and sculptures are raw. They hide nothing. We are watching, and we are being watched. Open mouths, open vessels, dark and tempting. The emptiness and its accompanying silence allows us to release deeper, carnal responses. We seek our native tongue in the mouth of the beast.

We see a girl. Is she fleeing? Dancing? Masked? Disfigured? Is she, indeed, human?
Is she the object of a male desire, or the creation?

A man kneels on the ground, around his neck a human skull on a chain. Is he a shaman or a captive? Is he invoking a spirit or awaiting his fate?

And the beasts. Uninterested in our gaze, devoid of care beyond the moment of copulation, we see the act in its violence and beauty. Death is a possibility, it is never far from the frame.

We are the watchers, the almost-casual onlookers.  But these works solicit the deviant thought, the stolen glance. We dress our thoughts in the cloth of reason and natural law but inwardly desire them to be ripped away; to see the displays of muscle and sinew for what they are - lust in action.

Lust in action. The peasant, the tribespeople, the countryman live in the immediate world of husbandry, the day-to-day business of mating stock and breeding. Their taboos, their superstitions are not ours. Their invocations implore the rising of the seed, the the transfer of semen, the successful coupling. They know the act in its entirety, the spider devouring its partner, the intricate, brutal, bursting bee endophallus, the tupping sheep, the roving bitch in heat, the rampant bull.

In these works seduction and courtship take second place to violent displays of power and dark incantations to the unseen. It is a
serenade to sexuality.

“Whereas we believe lightning to be released as a result of the collision of clouds, they believe that the clouds collide so as to release lightning: for as they attribute all to deity, they are led to believe not that things have a meaning insofar as they occur, but rather that they occur because they must have a meaning.”

- Seneca on the Etruscan system of belief 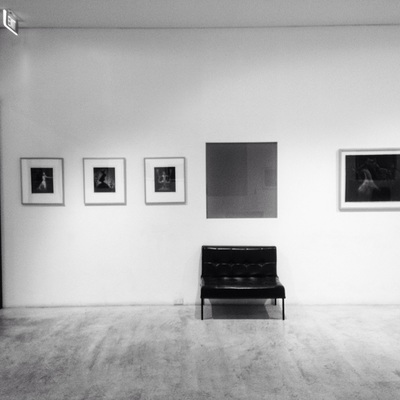 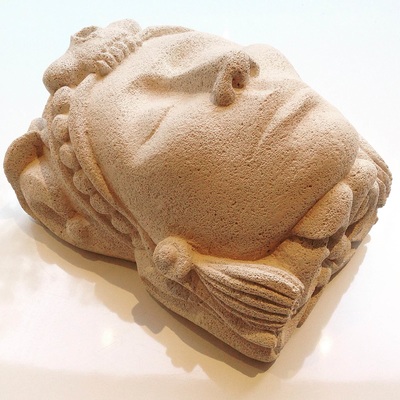 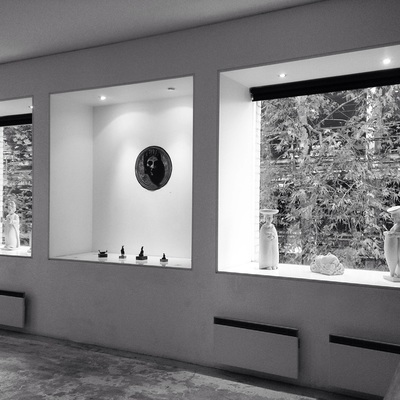 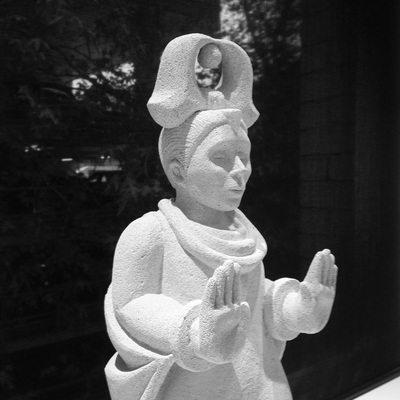 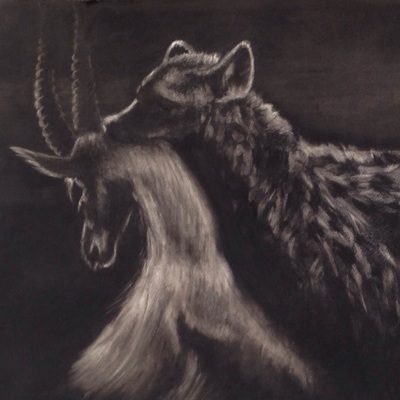 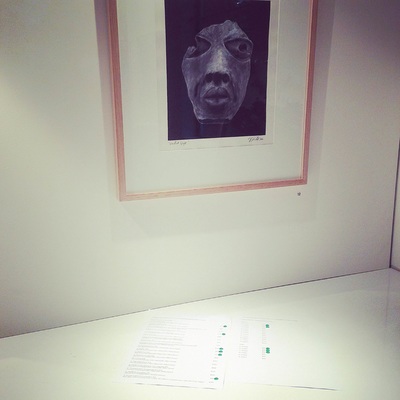 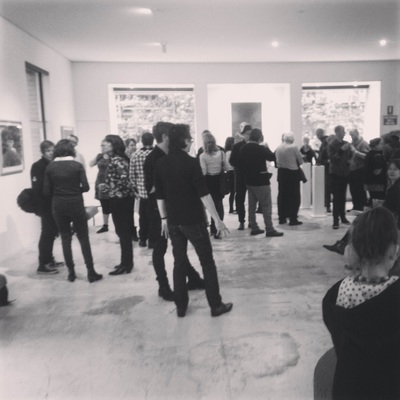 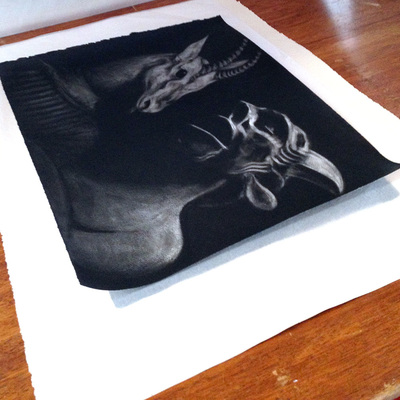 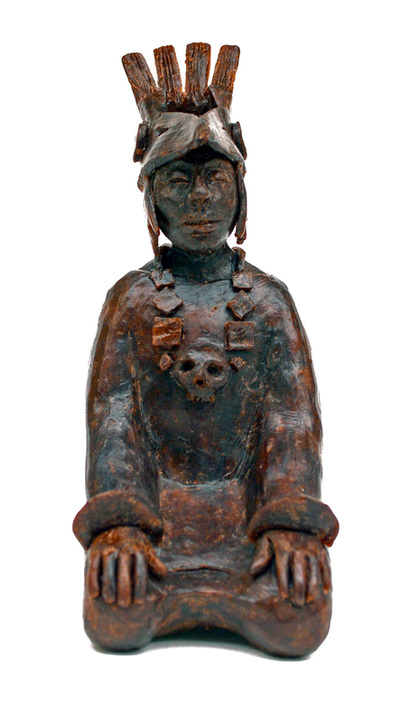 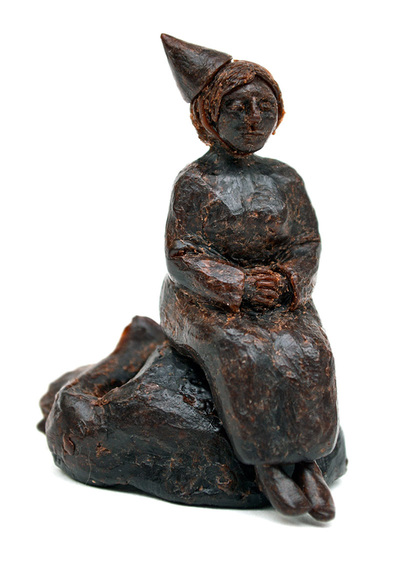 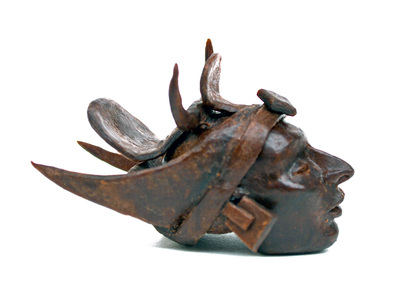 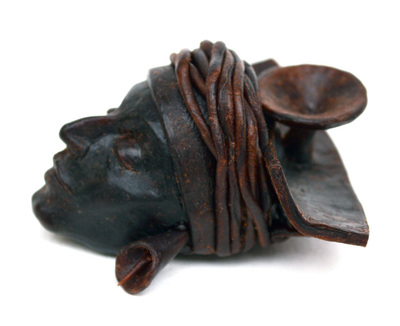 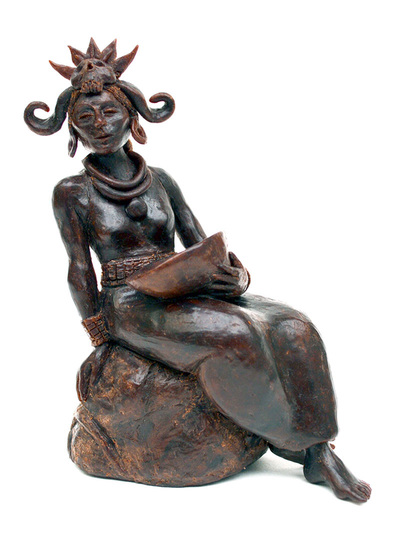 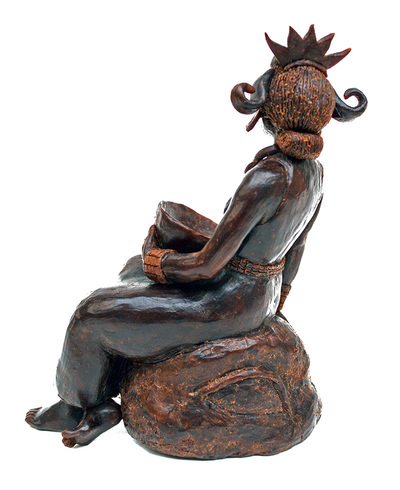 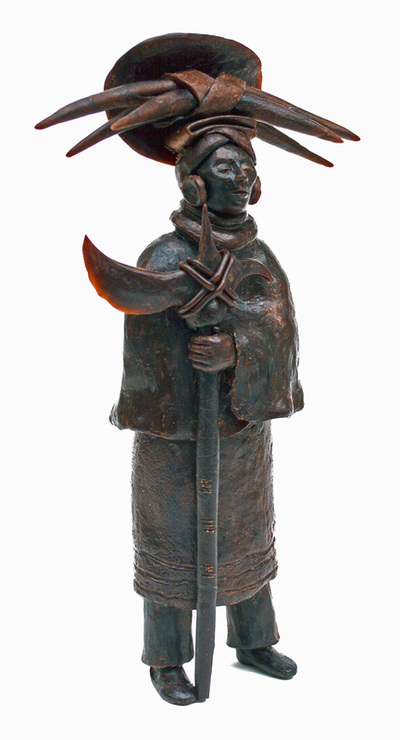 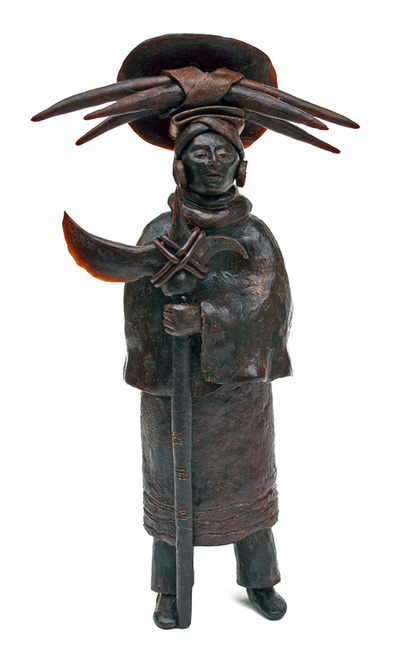 background to The Mouth of the Beast - Tiffany Titshall

"It’s queer the way we use the word ‘beastly’ as an adjective for the gross and degraded, the sort of thing we rightly call ‘dirty’. To a naturalist such talk sounds strange. Actually, love among nature’s creatures is no mere brutal carnality. It is a thing of a thousand graces. It expresses itself in lovely and amazing gestures of courtship, in deep devotions, in tender ways." - Alan Devoe

I began exploring seduction, courtship and desire and I landed somewhere between carnal thrills of the flesh and the notion of voyeuristic pleasure. I wanted to see the rituals of seduction and the thrill of the chase, unbridled. The work expresses emotional states and questions about sexual psychology. - Tiffany Titshall
More videos here:
https://www.youtube.com/channel/UCJxjQjOkn273hHysqojaPJQ 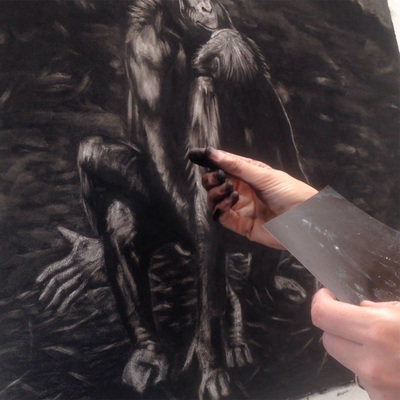 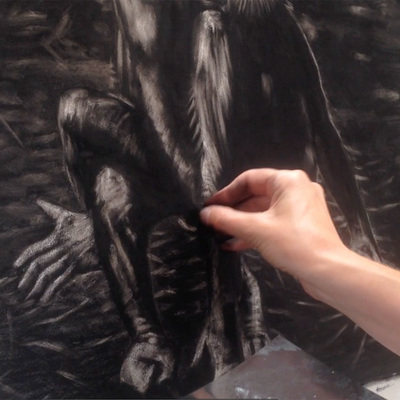 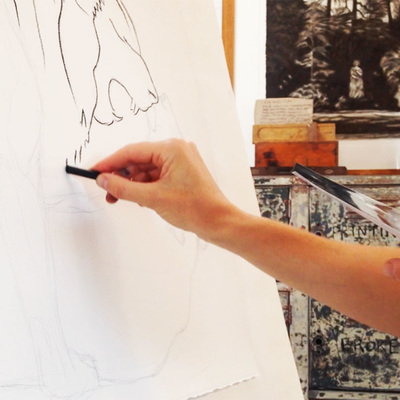 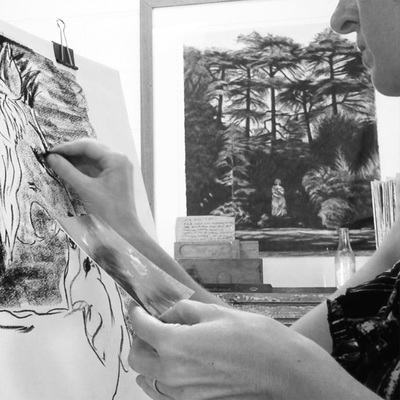 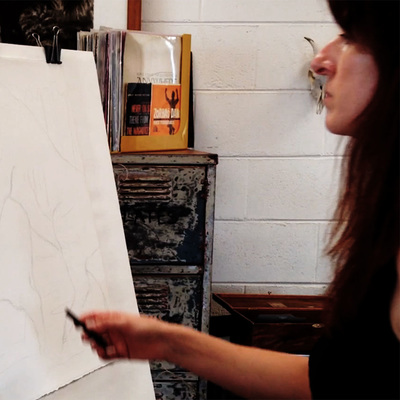 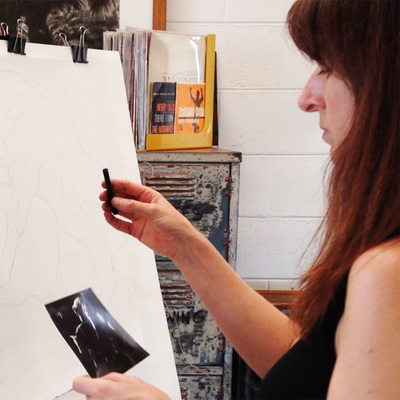 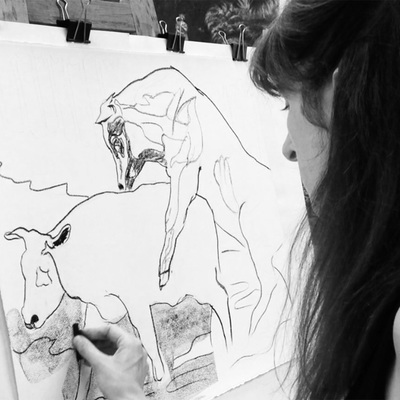 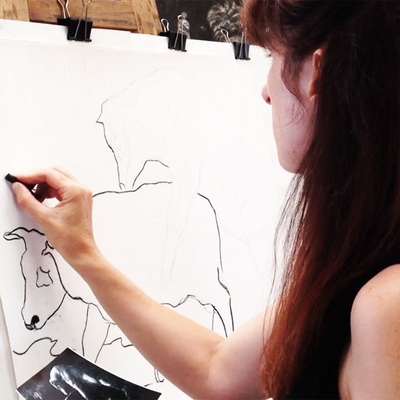